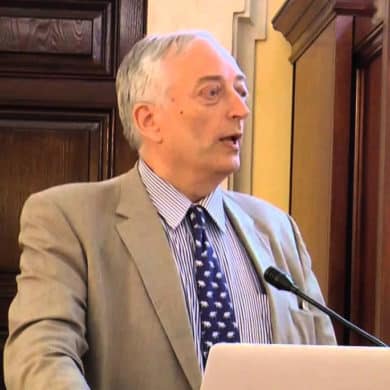 Christopher Monckton, Third Viscount Monckton of Brenchley, has held positions with the British press and in government, as a press officer at the Conservative Central Office, and as Prime Minister Margaret Thatcher’s policy advisor.

Lord Monckton was Special Advisor to Margaret Thatcher as U.K. Prime Minister from 1982 to 1986.  In 1986 he was among the first to advise the prime minister that “global warming” caused by carbon dioxide should be investigated. Two years later she set up the Hadley Centre for Forecasting: but she, like him, later changed her view.

On leaving 10 Downing Street, he established a successful specialist consultancy company, giving technical advice to corporations and governments. The first of his two articles on global warming in The Sunday Telegraph in November 2006 crashed its website after attracting 127,000 hits within two hours of publication.

A speech by Lord Monckton to 1,000 citizens of St. Paul, Minnesota in October 2009, in which he drew public attention to a then little-known draft plan by the U.N. to establish an unelected world government at the (now-failed) climate summit at Copenhagen in December 2009, received 1,000,000 YouTube hits in a week – thought to be the fastest-ever YouTube platinum for a political speech. Some five million have now seen the presentation on various websites.