3 Ways Bitcoin could be Brought Down, Co-opted, or Made Irrelevant 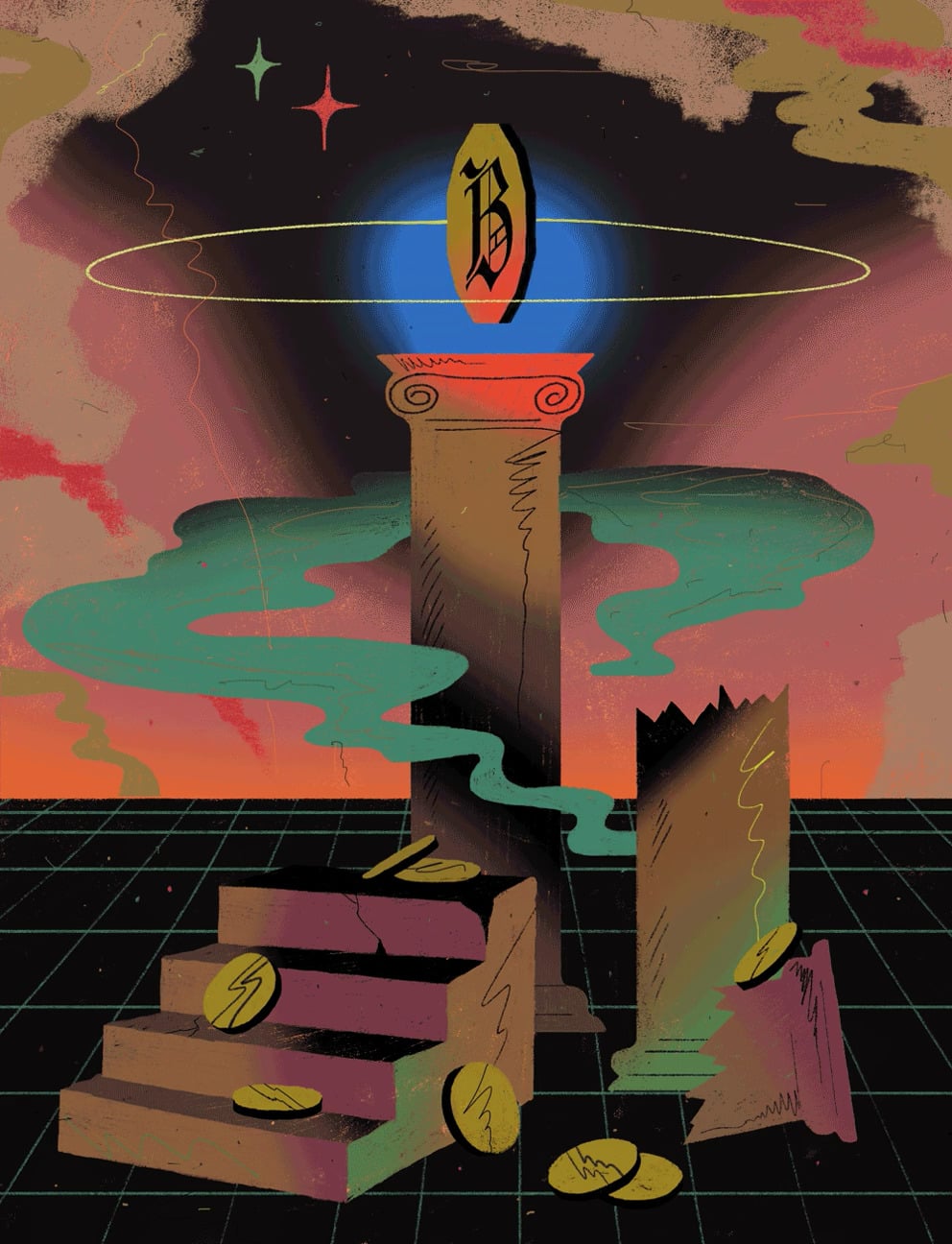 In 2009, Satoshi Nakamoto served the world an entirely new kind of currency. It was one that people could move over the internet instantaneously and nearly free of charge. Issued and distributed not by a central bank but by its own users, it drew the drapes of privacy around financial transactions while making forgery—in theory, at least—impossible.

It’s nine years later, and there are now 24 million active Bitcoin wallets in use around the world. The value of a single bitcoin has risen from about a dollar in 2011 to as high as $19,700 in late 2017.

But success, of course, breeds competition. And Bitcoin is now clearly the dominant cryptocurrency; as of this writing, in early April, its market cap was three times that of Ethereum, its nearest competitor, and roughly equal to those of all other cryptocurrencies combined.

Yet while Bitcoin has established an economy in which it’s impossible to forge transactions, it provides no defense against replication of the idea itself. No one can copy an individual bitcoin, but anyone can copy the idea of Bitcoin. So how might a government, or a corporation, or even ordinary people, go about doing so in a way that makes Bitcoin useless or redundant? Here are a few scenarios.

The year is two-thousand-something-big, and it’s the day your taxes are due. But you don’t file them. Instead an algorithm automatically makes a withdrawal from your electronic wallet, in a currency called Fedcoin.

It’s the digital version of those crunchy bills you only vaguely remember from many years ago, back before the central banks began taking paper cash and redeeming it for fedcoins. Over the years, you’ve seen less and less hard currency. You don’t need it anymore, not when you can walk into a local bank, verify your identity, and set up a wallet on your phone. Sure, you still have a few dollar bills. But they are tucked away as souvenirs.

This hypothetical technology—a ­central-bank-issued digital currency built with a tweaked version of the Bitcoin blockchain—was described by David Andolfatto, a researcher at the Federal Reserve Bank of St. Louis, and later refined by Sahil Gupta, who as an undergraduate at Yale wrote a study on how a currency like Fedcoin would work. With some colleagues, he wrote code to test a simulation.

In their system, a blockchain records transactions, just the way it happens with Bitcoin. Instead of being updated by a network of unaffiliated peers, however, the Fedcoin ledger is managed by institutions certified by the Federal Reserve. “These authorized nodes could be things like Bank of America, JP Morgan—basically, trusted institutions,” Gupta told me.

Each bank is responsible for a chunk of addresses on the blockchain. When new transactions come through, the bank validates them in a new block and sends it to the Fed. The Fed then acts as the final arbiter, checking the entries and unifying the blocks into a master version of the blockchain that it makes public.

To use fedcoins, people must first show proof of identity and set up a wallet with the Federal Reserve or an affiliate bank, at which point they can buy the new currency with US dollars at a one-to-one ratio. A scheme like this, says Gupta, might gain popularity and ultimately result in the slow disappearance of physical cash.

“I’d imagine people first get comfortable spending Fedcoin on things like groceries and movie tickets,” he says. “As people realize it’s easier than cash, as businesses realize it’s cheaper than credit cards, and as banks realize it’s literally more secure, so goes the process by which dollars are phased out of the money supply and Fedcoin phased in.”

This isn’t just an academic thought experiment. The Bank of Canada built a simulation for such a currency, on a blockchain similar to Ethereum’s, in 2016.

What such researchers are finding is that a digital version of state-run currencies could match or even improve upon the efficiencies of Bitcoin. Gupta believes that transactions should be processed much faster when a central bank is behind the system (as opposed to the peer-to-peer network that currently records Bitcoin transactions). This efficiency could add up to a lot of saved money. The Bank of England, which has been furiously researching blockchain technology, reported in 2016 that even partial adoption of a central-bank-issued digital currency would result in a 3 percent increase in GDP as the cost of taxes and transaction fees went down.

A shift away from cash would also make it easier for governments to collect taxes and enact monetary policy, says Campbell Harvey, a professor of finance at Duke University. For example, if a government wanted to disburse stimulus payments, it could simply deposit money into people’s Fedcoin wallets. “You drop five hundred dollars in everybody’s wallet, a single line of code. You’re done … there’s nothing in the mail, no mail being intercepted. There’s no people trying to fraudulently take the money,” he says. “It’s no surprise that every major central bank in the world has got a team looking at the possibilities of moving to a blockchain-­based crypto national currency.”

Let’s voyage once more into the future, but not so far this time. Because this scenario could happen tomorrow if the right people got their acts together. This time Bitcoin is usurped by a social-media behemoth. To make it easy, let’s choose the one that claims to have over two billion users worldwide.

To imagine how Facebook could use its popularity to topple Bitcoin, look at how another large network, Telegram, approached the issue. In January of this year, the company, whose secure-­messaging app has over 200 million users worldwide, announced that it would create its own app-specific cryptocurrency, called Grams, that users could send each other or use to pay for services within the network. By February, Telegram had raised $850 million from investors by selling the currency in advance in an initial coin offering. By late March it had raised another $850 million in a second round.