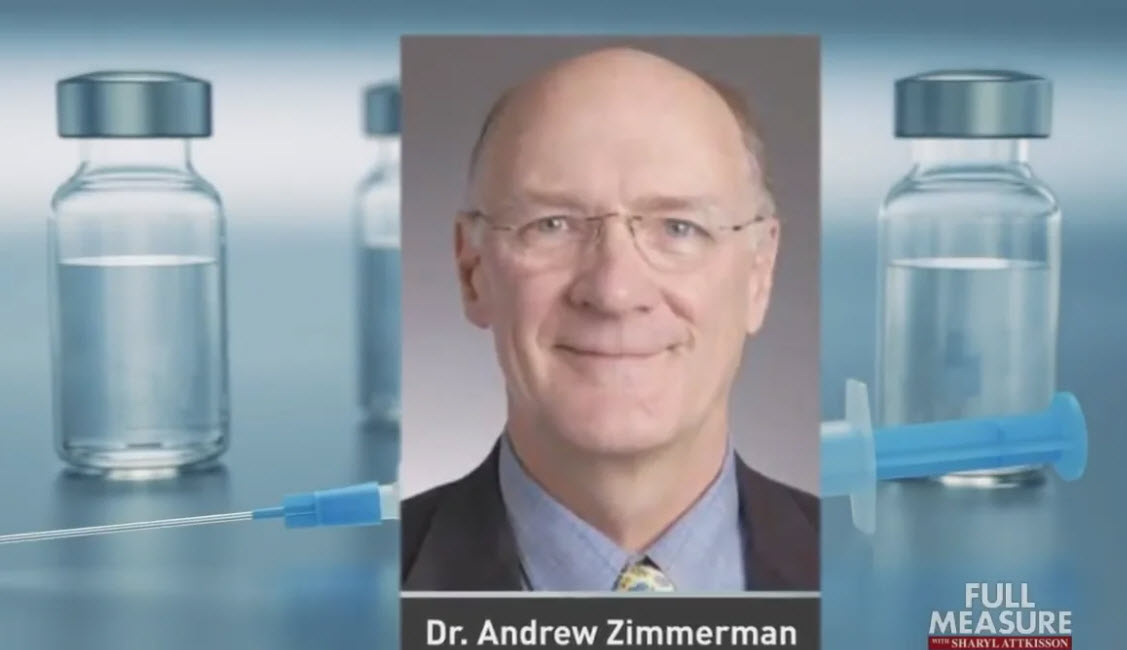 Sheryl Attkisson reveals in her TV program, Full Measure, that a CDC scientist was silenced by the US government after reporting that vaccines can cause autism. In 2007, Dr. Andrew Zimmerman was the government’s top witness in a vaccine-court case, and he testified that vaccines did not cause autism. Now, he says that, during those hearings, he privately told government lawyers that vaccines did cause autism in some children. The Department of Justice immediately had him removed from the hearings and misrepresented his views to debunk claims against vaccines. In 2018, Robert F. Kennedy, Junior, convinced Dr. Zimmerman to document this deception, which he did. Kennedy says that Congress is not interested in rectifying the problem, because most congressmen are financially beholden to the pharmaceutical industry. This program was broadcast on 2019 Jan 6. [Be aware that we do not agree with the first statement made at the beginning of this program, but everything that follows is consistent with the information we have seen.]