Holocaust Survivor sees Pandemic Lockdown as a Return to Nazism 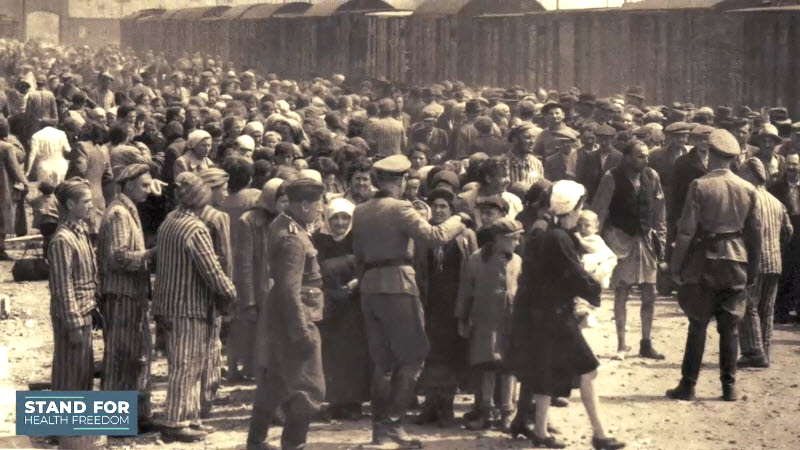 Vera Sharav spent three years of her childhood in Nazi concentration camps. You will be stunned by her tale of terror and near death. She says she survived only because she refused to cooperate. Equally stunning, however, is the realization that all the dark features of Nazism, including surveillance, confinement, and the expectation of total obedience to the state in the name of the common good now are features of every country in the world, including those countries that defeated the Nazis in battle in World War II. In other words, we have become what we once were willing to fight to the death to prevent. Vera says this horrifying transition was thrust upon us because of fear of a pandemic that was engineered by people who stand to make trillions of dollars from vaccines. Their goal is, not to keep us healthy, but to take our wealth and keep us in chains. 2020 Oct 20 – Source: Stand for Health Freedom

In the video, Vera says infants receive tetanus shots. That is true, but it happens at about two months. At birth, they receive the Hepatitis B vaccine and DTaP (diphtheria, tetanus and pertussis.)