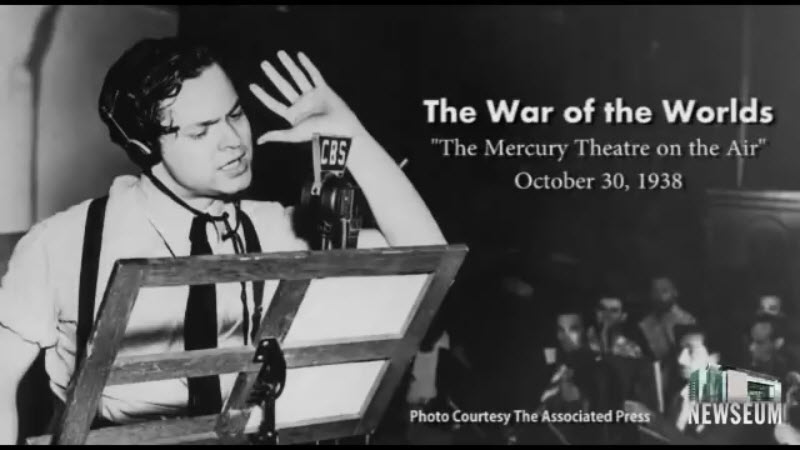 This is a recording of a radio broadcast of the Mercury Theater on the Air on October 30, 1938. The drama is called War of the Worlds, which tells in vivid detail how the Earth came under attack by Martians with huge machines of destruction and death. It included enactments of news bulletins describing the steady elimination of humans everywhere in the world, including New York City. As the story progresses, the grim reality becomes clear that there is no way to prevent the imminent elimination of all human life on Earth. Many listeners missed the beginning of the program where it was explained that the drama was adapted from a book by Orson Wells, who incidentally was the radio storyteller as well. Without that information, some of them thought the news bulletins were the real thing. Some were seized by fear and panic. It is said that some even committed suicide. The recording is included in this collection for two reasons. First, it is a classic representation of the era of radio drama that became a major force in shaping American culture during the early 20th Century. Second, it illustrates how even the most improbable event can become real in our minds so long as information about it is delivered by a communications channel that is so ubiquitous and pervasive that it is nearly impossible for the average person to even consider that it might not be true. If you hear it on the radio, see it on TV, or read about it in a large-circulation newspaper, it becomes truth by default. [The word pandemic comes to mind.] 1938 Oct 30 – Source: Freedom Forum

← Lockdown – the Dark Side vs. the Right Side of History 32 Doctors from 11 Countries Warn against Taking the COVID-19 Vaccine →